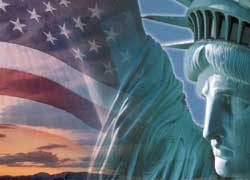 Citizens of the U.S. and the U.K. who are living and working abroad may receive private pension benefits as well as distributions from tax-deferred accounts such as an IRA or 401K plan.  The rules of distribution are complex but the benefits of these types of retirement vehicles far outweigh the effort it takes to calculate and report the distributions.

Because of the tax-deferred nature of these funds (i.e., the contributions are made with “before-tax” money and income tax on the distributions are delayed until after reaching retirement age when the tax bracket on income is lower), these funds are extremely popular and so a detailed discussion of these calculations is merited here.

Withdrawals or distributions from such accounts can be instituted as early as age 59½; however, the U.S. government levies a 10% penalty on such early withdrawals unless IRS Rule 72(t) is utilized.  This rule allows for payments called “Substantially Equal Periodic Payments” (SEPP’s) to be set up for five years or until age 59½, whichever is later, as long as they meet the requirements set up by the IRS in Rule 72(t).